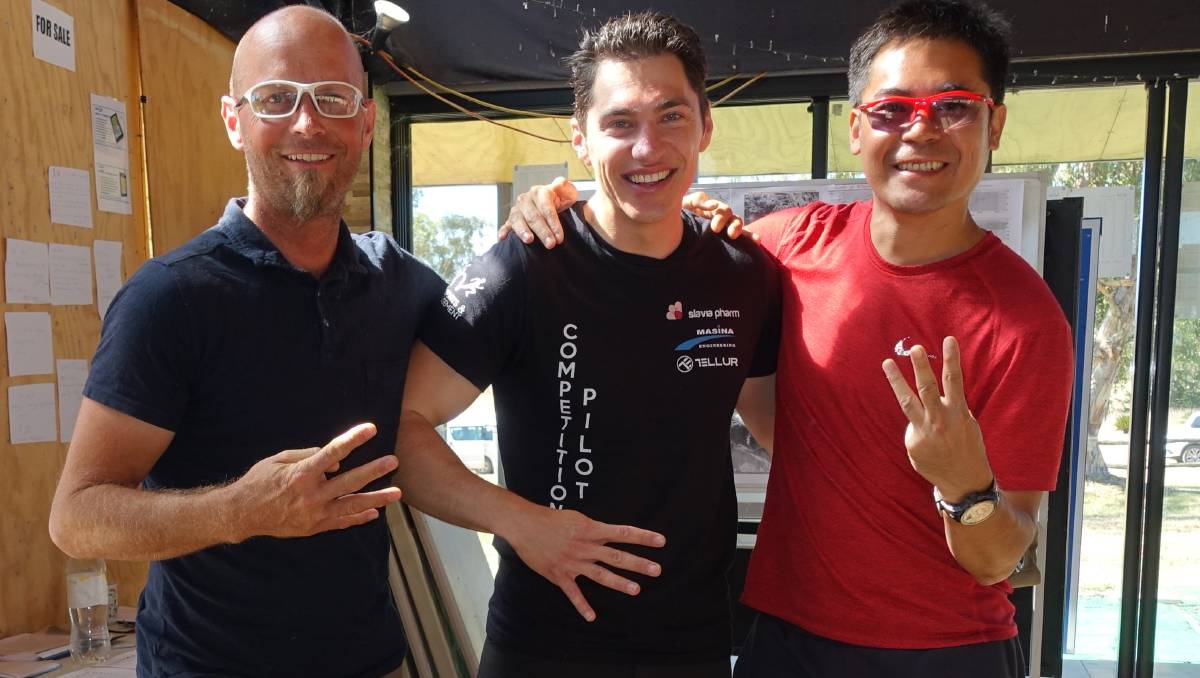 The camp attracted a record 204 pilots representing a record 18 nations (nearly half the field were international pilots) and broke site flying records with Romania’s Tudor Dorobantu and Australia’s Airie Merlin becoming the first pilots to fly over 400km from Mt Borah.

Bettering the 389km flown in 2017, Dorobantu set a new site benchmark of 407km with Merlin not far behind.

The pair landed just after sunset on Saturday south west of Bourke after an epic 10-and-a-half-hour flight.

"Going over the 400km mark is a substantial achievement for any event," camp organiser Godfrey Wenness said.

He said there is only one other place in the world that has recorded a flight of over 400km off a hill. That is in Brazil in an area that is known for very strong winds. They are also on the equator so they can fly for 12 hours.

He said they knew they were doing to get some potential record conditions towards the end of the week. Some high cloud on Friday scuppered those hopes but Saturday was a "classic day".

The conditions generally over the eight days were great.

"We just had pristine conditions all week for pilots to do distance flying," he said.

Wenness said over the eight days pilots flew in every direction across the New England and North West region landing as far away as Warren, Bourke, Walgett, Goondiwindi, Armidale and Muswellbrook.

Victorian pilot Lucy Snowden won the women’s with a combined total of 406km and was 37th overall.

Now into it’s 25th year pilot numbers at the camp are growing every year.

Wenness cited a few factors for that.

One is the relaxed structure of the event. It is an easy going flight, he said.

Another reason is that pilots when they travel overseas want to get the most out of their ‘flying holiday’ and fly long distances, which was shown over the last eight days the camp allows.

"I finding increasingly pilots are more interested in the cross-country style of sport rather than shorter drag racing," he said.

He noted another positive record was that despite so many pilots of all skill levels flying in hot mid summer conditions there was not one accident either.